The Rockwax Foundation provides in-depth small group and individual teaching in London and South West England on a not-for-profit basis. As practitioners working within the western mystery tradition we teach practical techniques as well as the theory of Hermetic Kabbalah. 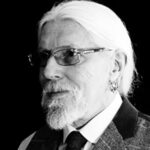 Colin Low graduated with first-class honours in physics at the University of Western Australia and spent three years researching star formation at the Institute of Astronomy in Cambridge. His career was spent in the computer industry and included nine years as a Computer Science lecturer at the University of London, and seventeen years as a computer science researcher at Hewlett Packard Laboratories. He is now retired and lives in Gloucestershire in the UK.

Colin became interested in the Hermetic and Western Mystery traditions while still at school in the 60s, and was fortunate to meet Margaret (then) Donleavy and become her student in 1978. In 1995 he created one of the longest-running world-wide-web sites on Hermetic Kabbalah at www.digital-brilliance.com.

Suzanne currently works as a spiritual healer and Interfaith minister. Her interest in Kabbalah led her to be a student of Margaret Shaw in 1989. Suzanne gives talks on Kabbalah and holds workshops. She lives in London.

Duncan Fleming graduated in Philosophy and Theology in 1994 submitting a dissertation on ‘The Continuing Significance of Kabbalah’. Soon after this he became a student of practical Kabbalah and has been teaching on a one-to-one basis for over 20 years. He regularly provides public talks on Hermetic Kabbalah and Western esotericism.